With all the hype surrounding the BlackBerry Touch aka Monaco/Monza and the Apple iPhone 5, how great it would be to see which one is currently winning in the popularity stakes.

Are you a dedicated BlackBerry user or one of the iPhone faithful? Well, which ever you are, you may be interested the following survey.

901 people in the United Kingdom were polled in a survey conducted by Good Mobile Phones and the results come to us by way of Shiny Shiny. When asked which phone they would rather have, 53% of those polled said the new Blackberry Touch, with only 42% opting for the new Apple iPhone 5.

Apparently, a couple of reasons given for the preference of the BlackBerry rather than the iPhone was ease of use for email and that it seemed more reliable.

See below secret pictures supplied by BoyGenuisReport of the new BlackBerry smartphone. 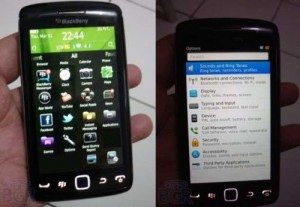 However, according to this poll, there are still more people actually owning an iPhone (38%), compared with BlackBerry (34%). Thus, indicating that the iPhone still has a slight edge over BlackBerry in the British Market.

iPhone or BlackBerry, which one do you prefer? let us know.

Also of interest to you might be my article yesterday, regarding another poll that was conducted on owners of iPhones, BlackBerrys and Android enabled smartphones — see here. Alternatively, if you are a tablet user, why not check out James’ article on the Apple iPad 2 and BlackBerry PlayBook Comparison Video.