iOS 4.3.2 Possibly Releasing in a Couple of Weeks

For all you iOS users out there in Apple land, you just might be seeing a new version of iOS coming your way in the not too distant future if the latest rumour turns out to be spot on, in the form of iOS 4.3.2.

According to an article over on iPhone Download Blog the Boy Genius Report has apparently been told by one of their Apple connections that the company is planning to release iOS 4.3.2 to the iOS masses in a couple of weeks time.

Apparently iOS 4.3.2 will deliver enhancements such as…well here’s what the BGR say… “It’s said to include a few enhancements, address security issues, and it will also fix several bugs that have affected users. We’re told to expect the software update for the iPhone, iPod touch and iPad in about two weeks.”

That “address security issues” could well mean if you own a jailbroken iPhone you may have to keep well away from iOS 4.3.2 if you want to maintain your jailbreak.

Anyway for those that want the latest update for iOS, keep your eyes open over the coming weeks and if it does hit, then feel free to let us know how it goes or if you experience and problems. 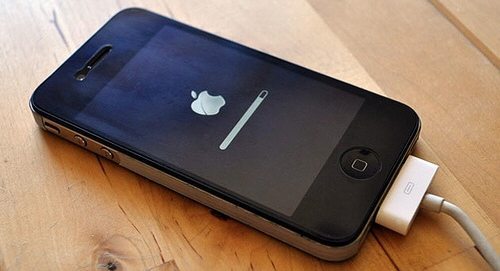