For those in the United Kingdom considering picking up an Android tablet, you may like to know that PC World and Dixons are currently advertising the Android Gingerbread sporting HTC Flyer, both running the same advert on their websites.

According to an article over on Eurodroid, the same HTC Flyer advert is being used by Dixons and PC World but unfortunately doesn’t deliver on how much the HTC Flyer will set you can or a release date but potential owners can register their interest. 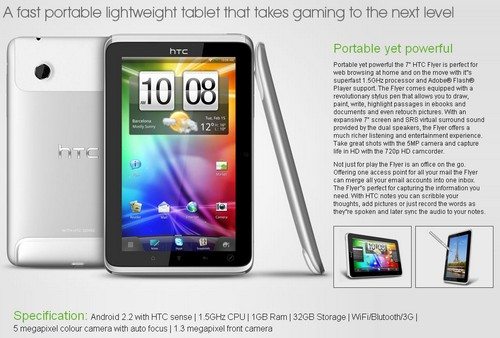