The comparison video comes our way courtesy the guys over at Phone Arena and compares the thickness between the two Android smartphones and the iOS handset and shows that the crown for the “thinnest smartphone” out there now falls to the Samsung Galaxy S 2.

The original Samsung Galaxy S is 9.9mm thick, Apple claimed the “thinnest smartphone” title with their iPhone 4 coming in at 9.3mm but now the Samsung Galaxy S 2 snatches that title from the Apple handset as it measures just 8.49mm thick.

However, the Samsung Galaxy S 2 does still sort the trademark hump at the lower back of the Android handset, but even then that portion equals the thickness of the iPhone 4. So all you need do now is check out the comparison footage below…enjoy. 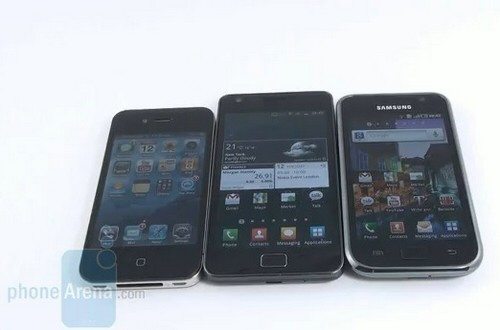