Well according to the guys over at 9to5 Mac, they have received a Best Buy inventory screenshot from a source that shows the white iPhone 4 may come out to play in the US on the very same day as in Europe, Wednesday the 27th.

The supplied screenshot shows the AT&T white iPhone 4 however; apparently a Verizon iPhone in white is also coming according to the source.

Furthermore, apparently the guys have been informed that both 16GB and 32GB white iPhone 4 handsets have already been shipped to Best Buy locations across the country in preparation for the Wednesday launch.

It has been suggested however that there could possible be a shortage of the 32GB model although that is yet to be confirmed. So who’s hoping to snap up the white iPhone 4 next week? 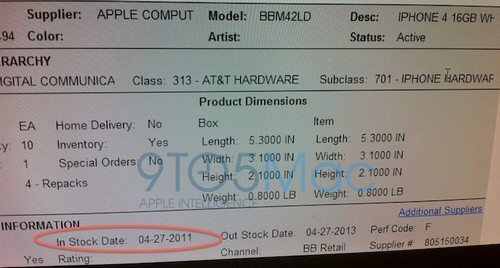