Apple and Google To Face Senate Over Mobile Privacy

Looks like both Apple and Google are to face the lawmakers over concerns of the iOS and Android platforms collecting location info on users as the two giants of the mobile space have been summoned to appear before the Sensate.

According to the guys over at 9to5 Mac, Illinois attorney general, Lisa Madigan and Senator Al Franken have both summoned Apple and Google to appear before a Senate judiciary hearing on the 10th of May concerning mobile privacy.

Here’s what Senator Al Franken says in a statement…” Recent advances in mobile technology have allowed Americans to stay connected like never before and put an astonishing number of resources at our fingertips. But the same technology that has given us smartphones, tablets, and cell phones has also allowed these devices to gather extremely sensitive information about users, including detailed records of their daily movements and location. This hearing is the first step in making certain that federal laws protecting consumers’ privacy-particularly when it comes to mobile devices-keep pace with advances in technology.”

While Lisa Madigan said in a statement…” I want to know whether consumers have been informed of what is being tracked and stored by Apple and Google and whether those tracking and storage features can be disabled.”

According to the article other privacy watchdogs will appear at the hearing including top people of the department of Justice and the Federal Trade Commission, privacy expert Ashkan Soltani, and the director of the Center for Democracy and Technology’s Project on Consumer Privacy, Justin Brookman.

Looks like the powers that be aren’t too pleased with the iPhone, Apple iPad and Android smartphone sharing location data and are going to bring Apple and Google to task over it; more on this as and when we hear. 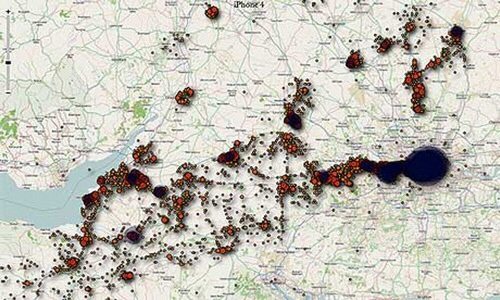