In the past iPhone guru Steve Jobs intimated that Apple had during the tablets development stage tested numerous designs for the Apple iPad, and now one of those previous designs looks to have hit the net showing the Apple iPad Wi-Fi+3G sporting an extra USB slot.

According to an article over on TUAW, the guys over at Patently Apple have come up with a bundle of Apple patents, one of which shows that Apple was at one point considering an extra USB port on the W-Fi+3G Apple iPad for horizontal connectivity.

Apparently the extra slot would have allowed the user to put their iOS tablet in a dedicated landscape dock and simultaneously sync utilising the two USB ports.

Apple now holds the patent for this particular iPad design, but that doesn’t mean Apple will ever deliver that extra USB slot in future models as they may choose to go with wireless syncing and charging, which could be the reason Apple decided not to go with the design in the first place.

But what do the iOS faithful think, would you prefer to have that extra USB slot on your Apple iPad? 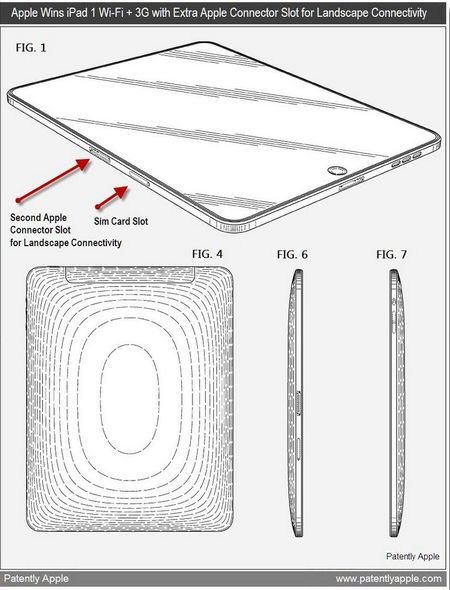