The Glastonbury Music Festival kicks off on the 22nd of June to the 26th of June 2011, and for any revellers that may be heading for Glastonbury 2011 that own an iOS or Android device the official Glastonbury 2011 app by Orange has now been released.

The Glastonbury 2011 app is apparently the more comprehensive guide to this years festival and includes full listings from the Guardian Guide, an interactive map, alerts to any changes over the festival weekend, and get reminded when you favourite band in performing.

The official Glastonbury 2011 app for iOS is for the iPhone, iPod Touch, and Apple iPad running ios 4.0 or above as a free app from iTunes, while the Android version requires Android 1.6 or above and is also free from the Android Market, and an app for Nokia devices will be available soon.

And just so you can find out all about the official Glastonbury 2011 app we have a demo video of the app in action for your viewing pleasure below courtesy of Gizmodo and the Orange YouTube page…enjoy. 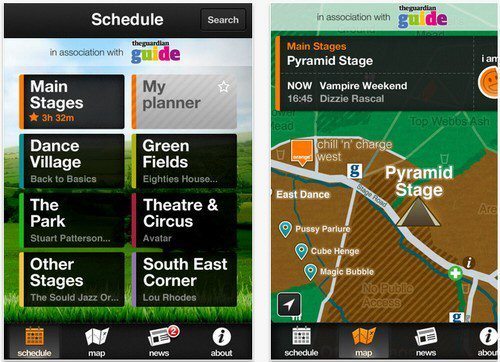