Remember Sony was stepping into the tablet space with a couple of Android tablets called the Sony S1 and the Sony S2? Well one of those Android 3.0 Honeycomb tablets has now turned up at the FCC, the Sony S2 to be precise.

According to the guys over at Unwired View and by way of Wireless Goodness, the FCC has now given its approval for the Sony S2 with AT&T bands 850/1900 MHz, although that doesn’t guarantee AT&T will offer the Sony S2.

Along with that 3G connectivity, the Android tablet offers 2 5.5-inch displays, an NVIDIA Tegra 2 dual-core processor, WiFi and access to PlayStation certified games, Android 3.0 Honeycomb, but there’s no word on whether the tablet will get an upgrade to Android Ice Cream Sandwich when it appears.

Furthermore there is no indication just when the Sony S2 is likely to see release, but as the device has now passed the FCC it’s a fairly good sign that the tablet may make an appearance in the not too distant future. 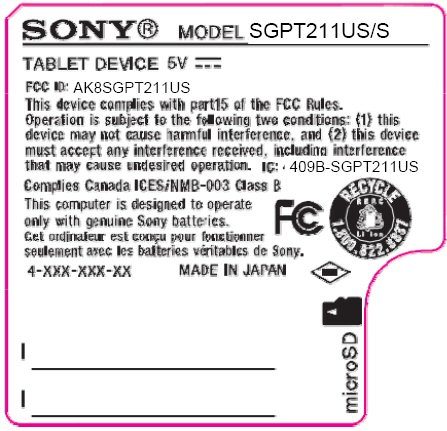