A while ago it was said that Orange was working with Apple on a new smaller SIM card, which may or may not be used in the iPhone 5, you can refresh your memory on that by hitting up (here). Now it appears that AT&T is also working with “the industry,” on the smaller SIM cards.

The guys over at Slash Gear by way of Electronista, believe by “the industry” AT&T probably mean working with Apple as they also worked with Apple on the small SIM for the iPhone 4.

Apparently Ralph de la Vega, AT&T CEO has confirmed in an AllthingD interview, they are working on a smaller SIM although didn’t specifically mention Apple although that is what is presumed, and de la Vega reckons that a new even smaller SIM card would “probably” happen.

The new SIM would be even smaller than that currently used in the iPhone 4 and Apple iPad and apparently the smaller the SIM can be apparently the gear using those SIMs can also be smaller. Does this mean we might be seeing a smaller iPhone or perhaps a 7-inch iPad at some future point? 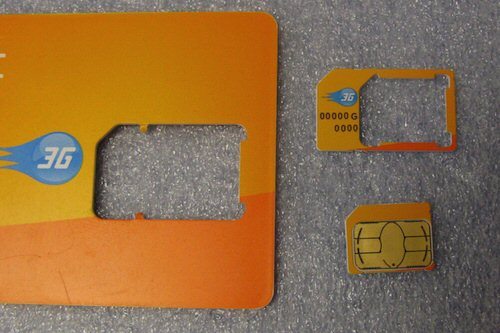