Everyone knows that AT&T is looking to acquire T-Mobile, and that some are against such a merger, and it appears that the Federal Communications Commission wants to hear the opinions of most major US wireless carriers regarding said merger.

According to an article over on Tmonews, by way of Phone Scoop, the FCC (PDF) have send out a formal request in the form of a questionnaire to most of the major carriers in the US of A, which says…

“In order for the Commission to complete its review of the [merger] and make the necessary public interest findings … we require written responses, supporting documentation, and data, as applicable from other commercial wireless carriers against which the applicants compete.”

The FCC questionnaire covers such things as cell site ownership, spectrum outlook for the next five years, future network expansion, coverage maps, and more and the carriers have until the 20th of this month to complete the questionnaire and return it. 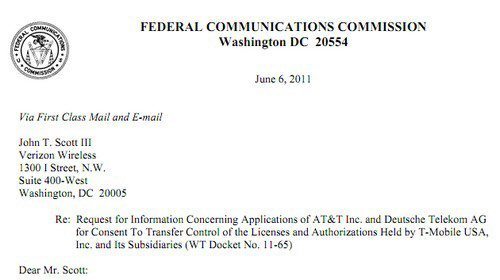