The iOS 5 on iPhone 4 walkthrough video comes our way courtesy of Aaron Baker over at Phone Dog who goes hands on with the beta 1 version on his white iPhone 4 in this just over eleven and a half minute look at iOS 5.

In the video Aaron takes up through some of the more important features found in iOS 5, and Aaron does say that he is pretty impressed with the improvements in iOS 5 versus iOS 4 although he can’t recommend iOS 5 yet as it is a developer build and mostly freezes up when making calls, and using Bluetooth.

So to check out what Aaron thinks of iOS 5 running on his iPhone 4 head on down and mash that play button and feel free to let us know if you agree or disagree with Aaron’s appraisal of the new Apple OS…enjoy. 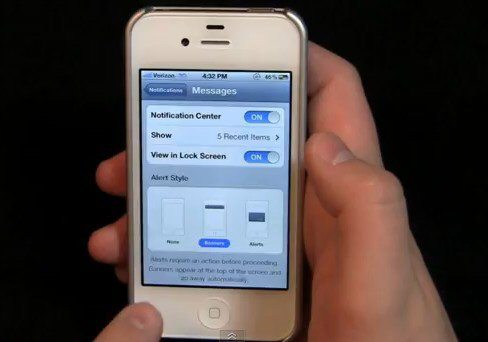