The folks over at TiPi and Crackberry got together with Rene from TiPi bringing the iPhone running iOS 5 and iMessage and Kevin of Crackberry with the BlackBerry to do the comparison video of iMessage and BBM, which lasts almost six and a half minutes.

Well to find out which of them comes out on top if any, you’ll need to head on down and mash that play button to find out, but feel free to let us know what you think of the outcome by posting to our comments area below…enjoy. 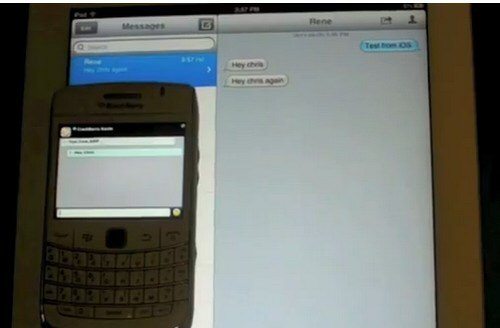