Nokia is going to deliver a Windows Phone device at some point in the future, and it would appear that that point may not be too far way, as what appears to be the first Nokia Windows Phone has been captured on video and pictures, which of course we have for your consideration below.

The video footage comes our way courtesy of the guys over at Engadget and by way of Hungarian site Technet.hu, where you can view the full uncut video, and shows Nokia boss Stephen Elop telling people to put away their cameras, as he is about to unveil a device that’s “super confidential” and has the codename Sea Ray.

Judging by the images and video it appears that the first Nokia branded Windows Phone 7 device will be somewhat similar to the Nokia N9, whilst the placement of the LED on the rear shows this smartphone is a new device, the device is also running Mango which seals it as a Windows Phone 7 handset.

So with all that said, head on down and mash that play button to check out this first glimpse of what could be Nokia’s first Windows Phone device and see what you think…enjoy. 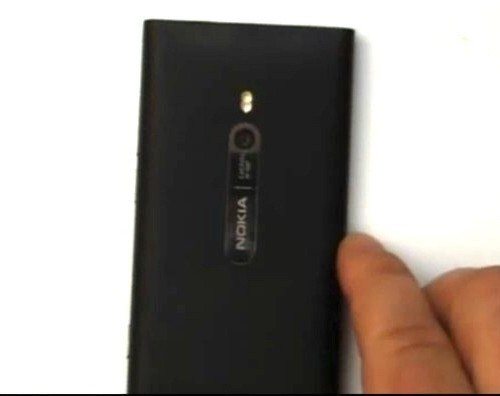