We have a new Android dual-screen prototype handset video for your consideration below, which apparently is called the 2 in 1 Smartpad. Now this isn’t the first time we’ve seen a dual screen Android device, as there is of course the Kyocera Echo, which this device looks to be similar to.

The Prototype 2 in 1 Android Smartpad video footage comes our way courtesy of the guys over at Engadget who have done and exclusive hands-on with the Android prototype from Imerj Design, and they say that although there are shades of the Echo, this dual-screen handset is a very different device.

We have two videos for your appraisal, the first from Engadget delivers six and a half minutes of checking out the Android 2.3 Gingerbread device, while the second comes from the Imerj2011 YouTube page and delivers almost four minutes of promo footage.

The YouTube video blurb says, “Is it a smartphone or tablet? It’s neither … and it’s both. You decide! A dual-screen 2-in-1 device that combines the best of smartphones and tablets that allows anyone to truly multitask their applications for maximized productivity, unparalleled fun and effortless connectivity.”

Of course the Engadget guys have done quite an in-dept article with the 2 in 1 Android Smartpad, which you can check out by hitting up their website, but if you are in a hurry you can head on down and hit those play buttons to it check out, no word on if or when this device will come out to play though…enjoy. 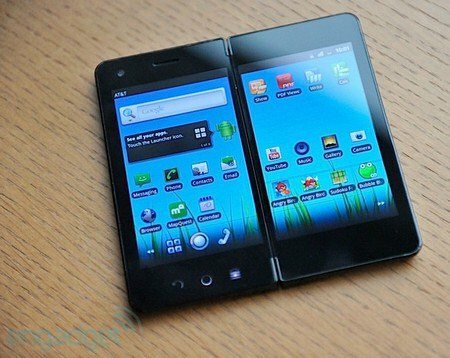