Well it’s not often we get to see the other side of the fence when a smartphone maker make a decision, but we do today, as apparently the guys over at Engadget have managed to come up with a device that appears to be a Nokia handset with Android.

According to the guys, the images of this unknown Nokia handset that has an Android UI comes from Weibo user, the Chinese Twitter, @codegeass, the same person who outed the image of Nokia’s first Windows Phone handset back in May.

The guys believe that due to the “undersized Android UI elements” this device pictured is actually a Nokia testing device, presumable used when Nokia hadn’t make the just to Windows Phone.

Personally I still think Nokia made the wrong decision and should have gone with Android for their preferred platform, but there you go, you can’t have everything in the mobile world can you. 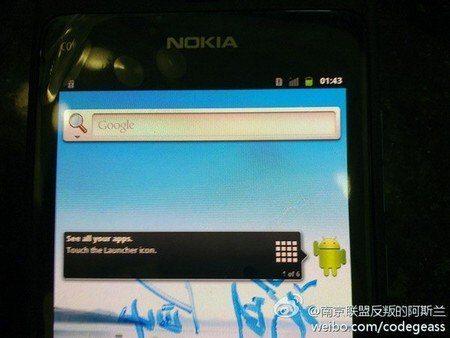