The latest device from the Nokia camp is of course the Nokia N9, the first Nokia handset to run the Meego operating system, and Nokia has already basically said there will be no more Nokia Meego handsets, which means the Nokia N9 is somewhat of a unique device, so does that make the handset more attractive or should people shy away from picking up the Nokia N9?

Well firstly one should always make an informed decision when thinking about purchasing a new device whether that is mobile or otherwise, and probably the best way to gain that info is by checking out videos so you can see the handset in action.

So what we have for your viewing pleasure below is an almost ten minutes demonstration video of the Nokia N9 that comes our way courtesy of the guys over at Phone Arena that delivers a nice close up look at the Meego smartphone in action.

The other way is of course to check out what tech bloggers think of the Nokia N9, whether the tech bloggers rate the handset as good or bad, so we have another video for your viewing consideration which lets you know what tech bloggers in the Philippines, Saudi Arabia and Vietnam think about the new Nokia N9 when they attended Nokia Connection 2011 in Singapore, which comes our way courtesy of Nokia Conversations and lasts just over six and a half minutes.

But the big deal with the Nokia N9 has to be that it will be the one and only Meego smartphone, so should you purchase a one-of-a-kind device? If you do, will Nokia push out upgrades to the operating system in future or will you be stuck with what you have purchased for the life of the handset?

If you are one of the Nokia faithful will you jump aboard the Meego train only to have to change to Windows Phone later down the road, if so is it really worth getting the Nokia N9 in the first place, although as a one-of-a-kind handset it might be worth a bit of cash later on in life.

There’s a lot of interest in the Nokia N9, but is that interest purely because it will be the only Meego device or because it deserves that interest as a smartphone. Well only time will tell with this one, but would you want a smartphone that is the only handset running an operating system that is basically dead before it started?

Head on down and mash those play buttons to check out the Nokia N9 demonstration and what the tech bloggers have to say, and feel free to let us know if you are hoping to pick up the Nokia N9 in future…enjoy. 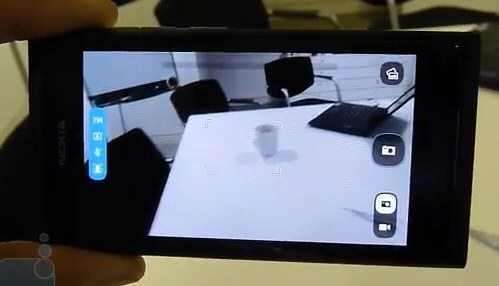