Apparently within this timeframe it means a Samsung Galaxy S2 smartphone was sold somewhere in the world every 1.5 seconds, which one has to agree is no mean feat to accomplish, and the original Samsung Galaxy S handset became a 10 million units global seller for Samsung.

According to the announcement, here in the United Kingdom, the Samsung Galaxy S2 was selected as the best mobile phone for May and June by UK reviewer Uswitch.com, and apparently Samsung has become the most sold mobile brand for a straight seventeen weeks.

Actually considering the popularity of the original Samsung Galaxy S, and still my current smartphone, which I am quite happy with at the moment, it is no real surprise that the Android 2.3 Gingerbread successor out sold the original in such a shorter time.

Which just goes to short that there is still a healthy Android fan base out there no matter what the iOS faithful would like to think, and personally I believe that Android will continue to grow and grow pulling in more and more users and eventually overtake Apple and iOS globally. 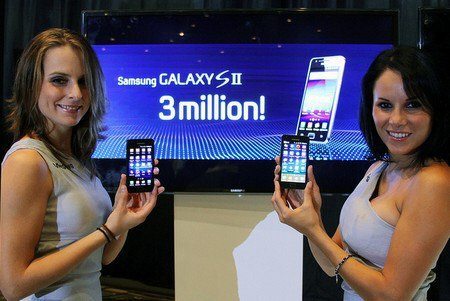