According to the guys over at Phandroid, an image found at the Federal Communications Commission (FCC) looks like it could be the Motorola Droid Bionic, although there is of course no confirmation that said device is actually the Droid Bionic, but apparently the general consensus is that it is.

However even if the FCC smartphone pictured below is the very elusive Droid Bionic with its 4G duel-core Android action, there’s still no real clue as to when the much sought after handset will actually come out to play on the Big Red network.

What we do know is that according to a recent article, Motorola user their official Twitter account to let us know that the Droid Bionic is indeed coming and has been slated for a release sometime in the summer, but didn’t deliver an actual confirmed day.

The original touted spec for the Motorola Droid Bionic were, a 4.3-inch a qHD touch screen, 8 megapixel camera with duel LED flash, a from facing camera, a 1GHz Tegra 2 processor, HTML5 support, HDMI out, Adobe Flash 10.1 and Android 2.2 Froyo, now whether those specs have changed it isn’t clear, but one would expect that when the Droid Bionic finally comes out to play it shouldn’t be saddled with Froyo but rather upgraded to Android 2.3 Gingerbread or the device will be behind other Android handset now available.

When the Droid Bionic first reared its head in the mobile space it received a great deal of interest from potential purchasers, but that interest soon waned being cancelled after so many delays and speculation over the handset, one could presume that those who had their eyes on the handset have by now opted for another smartphone. So the big question here is even if Motorola and Verizon finally bring the Droid Bionic out to play, will anyone still be interested in picking up the device, or have Motorola simply left it way too late with the Motorola Droid Bionic, are you still wanting the handset? 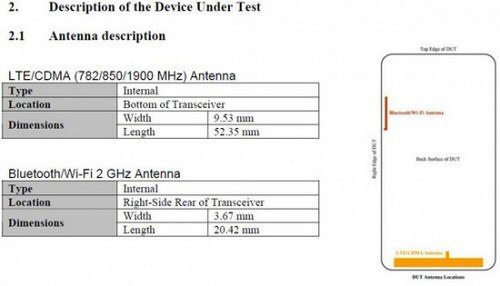