Quite a few tech reporters get round to snooping the files over at the FCC and then word of new devices hit the net waves, and it appears that this has again happened as word is hitting the net that there’s a somewhat mysterious smartphone now languishing at the Federal Communications Commission.

This time round the guys over at Phone Arena have does the snooping and have apparently come across an unknown HTC handset, which is listed just by its model name of PG76240, but they do know the handset carries support for T-Mobile HSPA+, which no doubt means T-Mobile is destined for yet another HTC device to play nice of their network at some point in the future.

However, the guys wondering what the mysterious device could be, suggest that it is possibly the HTC Marvel, albeit being somewhat scarce on and details. The reason for their assumption is because the HTC Marvel is basically the HTC Wildfire S for T-Mobile and this new device shares some similarities with the model number.

This unknown HTC handset being the PG76240 while the HTC Wildfire S has the number PG76100, pretty thin evidence to base it on I know, and naturally is pure speculation and could be right in the wrong ball park.

The guys do say though that is exactly 2 months since word hit the net waves that the HTC Marvel was destined to play nice on the T-Mobile network, so it could be about time the Marvel showed its head, but again that is just conjecture.

As for the T-Mobile bound HTC Marvel, the smartphone is reportedly a budget, mid-range smartphone packing a 3.2-inch touch screen, running Android OS of some description and will be powered by an 800 MHz processor, but other than that, the specs have been kept tightly under wraps.

So that’s about it, this mysterious smartphone now passing through the FCC for approval could possibly be the HTC Marvel for T-Mobile, but without any real evidence of this, it could well be some other HTC handset waiting to hit T-Mobile.

So what do our reader’s think, could this actually be the HTC Marvel and if so are you waiting to pick up the handset once it finally hits the T-Mobile shelves, or are you simply waiting on more information about the Marvel before you make up your mind as to whether you really want it or not? 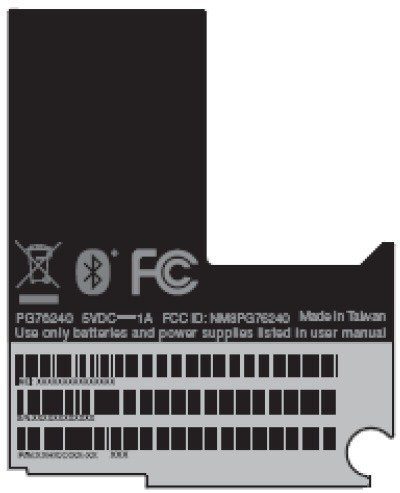