Nokia N9 Meego Smartphone Commercials By The Half Dozen

It appears that Nokia is taking a different tack when promoting their new Nokia N9 Meego smartphone, as it appears that the normal allotted time for commercials is simply too long for Nokia and thus they have put out a collection of rather short Nokia N8 commercials, which of course w have for your viewing consideration below.

The collection of six Nokia N9 adverts although lasting roughly 20-odd seconds actually only advertise the Meego smartphone for nine seconds per advert and are thus called Nokia N9 Seconds, and the videos come our way courtesy of the guys over at Slash Gear and by way of the Nokia YouTube page of course.

Apparently the Nokia advertising team decided that the normal 30-secnds for an advert was “far too slow-moving,” and thus decided to put together this collection of six nine-second adverts delivering six Nokia N9 commercials in under a minute.

Obviously Nokia really wants everyone to know that the adverts for the Nokia N9 features are the worlds quickest, although whether the speed of said adverts will actually leave you wanting to purchase the Nokia N9 is another matter.

Of course the Nokia N9 is the one and only Meego smartphone there will be coming from Nokia, albeit another Meego device out there, the Nokia 950, but as that is only a developer device it wont be available to the public, unless of course a developer throws it up on eBay as more often than not happens.

And that’s about your lot with this one, so if you have a spare minute on your hands head on down and hit those play buttons to check out Nokia’s world’s quickest adverts for the Nokia N9…enjoy. 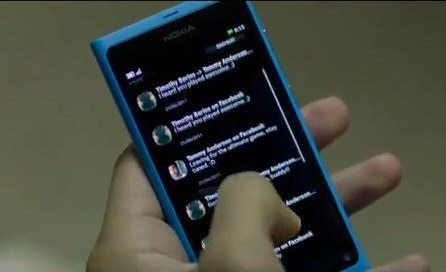