Droid 3 Gets Unboxed and Handled on Video

Motorola has pushed out numerous Droid devices since 2009 when they delivered the first Motorola Droid to the Verizon network and the latest in the Droid line of device is the Motorola Droid 3, and we have a little unboxing video footage of the Android smartphone for your viewing consideration below.

The unboxing of the Motorola Droid 3 video comes our way courtesy of Aaron Baker over at Phone Dog who unwraps the device on camera and tries out the handset in this almost eleven minute video.

Well that’s not for me to say, but rather for you to head on down and mash that play button to check out the Motorola Droid 3 being unboxed and such, which may or may not sway your decision one way or the other.

Aaron does say though that although the Motorola Droid 3 is only a 3G handset and runs Mororola’s applications platform, the device is the second handset to feature a dual core processor on Verizon and runs the latest Android operating system. 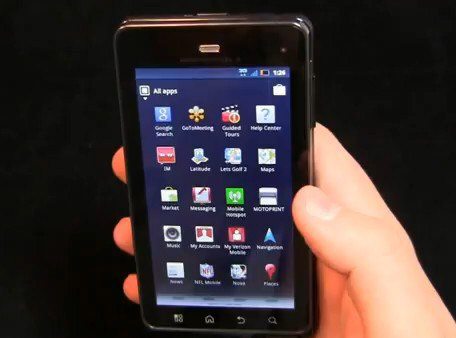 4 thoughts on “Droid 3 Gets Unboxed and Handled on Video”