According to the guys over on Intomobile, the Canadian Android faithful can now purchase the Samsung Galaxy S II from Bell and Virgin and the device commands a price tag of some $599.95 without contract or $169.95 when signing your life away for a period of three years.

So there you go, the Android faithful over in the great while can now get their Android love on with the latest high-end smartphone out of the Samsung camp, although this will no doubt mean still using Samsung Kies software for updating and stuff, something I am personally opposed to.

However, for our cousins over in the good ole US of A, you should have that much longer to wait to get your own mitts on the Samsung Galaxy S II as we reported previously that Sammy has all but confirmed that the handset will come out to play next month, albeit not delivering a hard and fast day for said release, but at least you know it is on its way.

Obviously, just like its predecessor, the Samsung galaxy S II will prove a worldwide success for Samsung, and if you are still sitting on the fence over picking up the Galaxy S II and require a video review you can check one out by hitting up (here).

So we’d love to know if any of our Canadian readers have their eyes on the Samsung Galaxy S II and if they will be snapping up the handset as quickly as possible, so feel free to let us know by dropping us a comment to the area below. 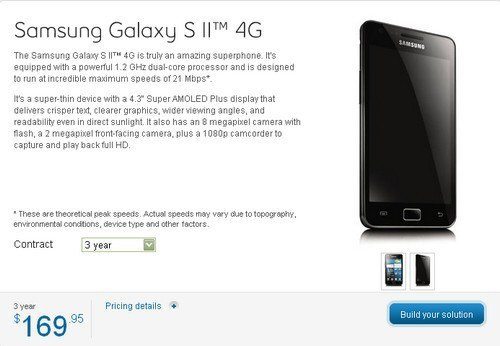