Rogers Android Gingerbread Samsung Galaxy Q is not a tablet

Rogers is set to release a brand new entry-level Android 2.3 Gingerbread smartphone, this will come under its new “Smartphone Lite” category, the handset will be called the Samsung Galaxy Q and the price and release date is still a mystery.

The Samsung Galaxy Q will be released in Canada by Rogers, and will feature a 3.2-inch capacitive touchscreen display (read the confusing part below) and a dual-core processor; according to Mobile Syrup it should make an appearance at the 2011 IFA sometime in September.

This will be part of the “Back-to-School” promotion, this promotion will also include the likes of the Nokia X7 and the LG Phoenix phones.

Other features may include a full slide-out QWERTY keyboard, the new “Smartphone Lite” category will only have handsets that are available on voice-only plans for maximum device subsidy, probably best put with 10/100 MB Data plans. The new category will also include the Sony Ericsson Xperia Pro.

The new Samsung Galaxy Q will be affordable; it should come with a very cheap price. There is not much information on this smartphone but we will keep you posted.

The Confusing Bit: We have had numerous emails asking about the Samsung Galaxy Q, is it a smartphone or a tablet? Will it have a 3.5-inch or 5.3-inch display? Well the answer to these questions according to Mobile Syrup is easy, it is NOT a 5.3-inch tablet, it is a 3.2-inch display smartphone.

This means it is not a mixture of the Samsung Galaxy S II and the Galaxy Tab, sorry readers. This is a smartphone aimed at the back to school customer.

As soon as we know more about the Samsung Galaxy Q with Rogers we will let you know, please join me on Facebook, Twitter or Google+ 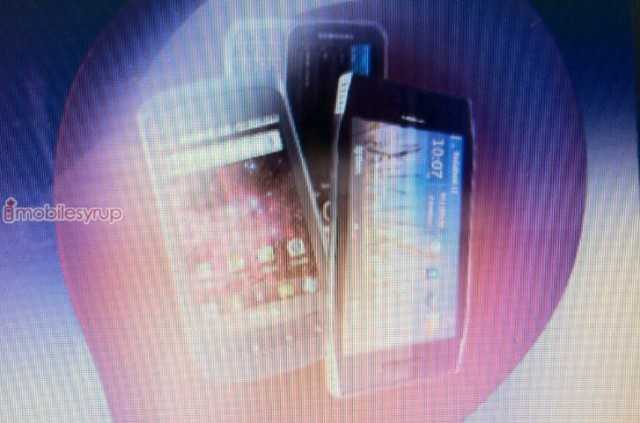 Whilst you sit patiently for more information on the upcoming Samsung Galaxy Q, we would love to ask you a few questions: What is the best Android smartphone? What Android operating system is the best ever? What problems are you having with your Android device?

We could ask you many more questions but we will leave it at these questions for now, wonder if the Samsung G2 will release with any other carrier, it seems madness these days to have exclusive smartphones with one network carrier, surely sales would be much better for the brand; Samsung in this case if they release worldwide.

Please do use the commenting area provided below to send in your comments, be the first to have your say.