What is it with Verizon bound smartphones these days and elongated release delays, what with the Motorola Droid Bionic now in the same realms of delay the likes of the HTC Thunderbolt saw. For some time now the rumour has been that the Droid Bionic would possibly surface on or about the 4th of August, however it appears that this will not be the case.

Despite my colleague Mark’s article of yesterday claiming that actual stock of the Motorola Droid Bionic arriving on the 1st of August for a release on the 4th, according to the guys over on Droid-life, said date is now wrong, and the Android handset will not be arriving in August.

However the guys do say that if the Motorola Droid Bionic does show up on Thursday that all good and well but it is looking highly unlikely as they received a report along with the image below that Motorola representatives are telling Verizon people that they should expect the Droid Bionic “early September.”

As for that proposed “early September” release date; the guys are hearing the actual day could possibly be September the 1st.

Of course nothing has been officially confirmed with the Droid Bionic release date so it’s still firmly in the land of possibly, could be, might be rumours, and we wont know for definite until such times as Motorola and Verizon put their stamp of approval and officially make an announcement.

According to the source, the Droid Bionic is also a lot lighter and more responsive than first thought, and the guys reckon that’s down to the new sleek design and extra RAM.

Have to say thought that the Motorola Droid Bionic has been quite some time arriving, and if that “early September” release date is spot on then it will put the release pretty close to the expected release of the iPhone 5, which no doubt would mean heavier release time competition for the Droid Bionic.

So if you were originally awaiting the Motorola Droid Bionic, are you still waiting or have you changed your mind on the handset and opted to go for something else, perhaps you have decided to wait a little longer and grab the iPhone 5 instead, if so feel free to let us know by dropping us a comment below. 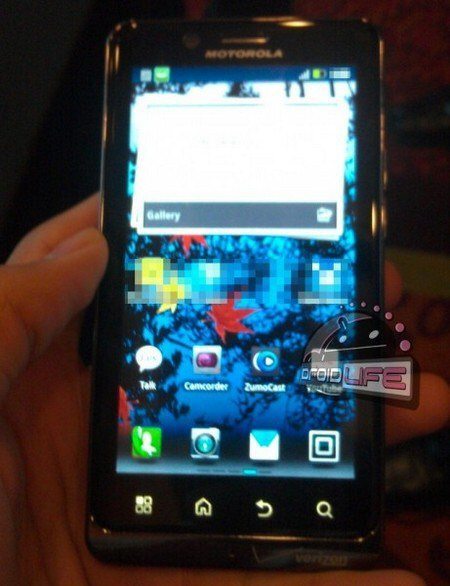