When you put two words together such as Facebook and phone we all think of the HTC Status (ChaCha), that is the dearer mobile phone so say hello to the Vodafone 555 Blue Facebook budget phone coming to the UK.

The Vodafone 555 Blue has a dedicated Facebook button on its QWERTY keyboard and is now official with an August release and very low sub-Â£100 price tag.

The design of the phone is nothing special; it may look a little like the handset mentioned above but that is the only similarity. This mobile phone does NOT come with the Android operating system; it has a proprietary system with your FaceBook dedication. 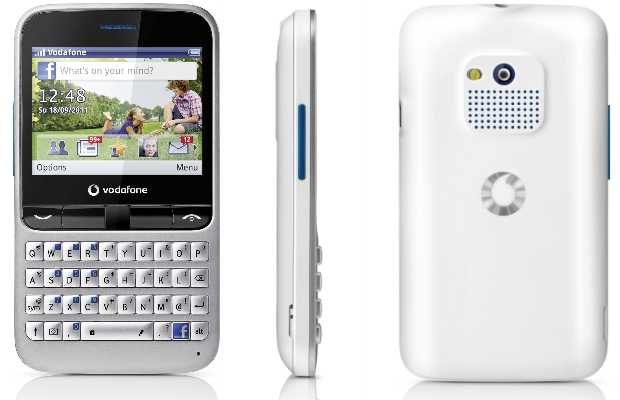 As soon as you turn the Vodafone 555 Blue on you will be prompted for a Facebook Login, we do like the fact the Facebook button is within the main keyboard unlike the Status aka ChaCha.

This is not a smartphone but a nice simple phone for Facebookers, the Vodafone branded handset comes with Alcatel hardware, it does NOT have a touchscreen but does feature a 2.4-inch display screen, you will get a 2-megapixel camera on the back with flash, if you like WiFi and 3G then this phone will not be for you as it lacks both of these features. Ouch 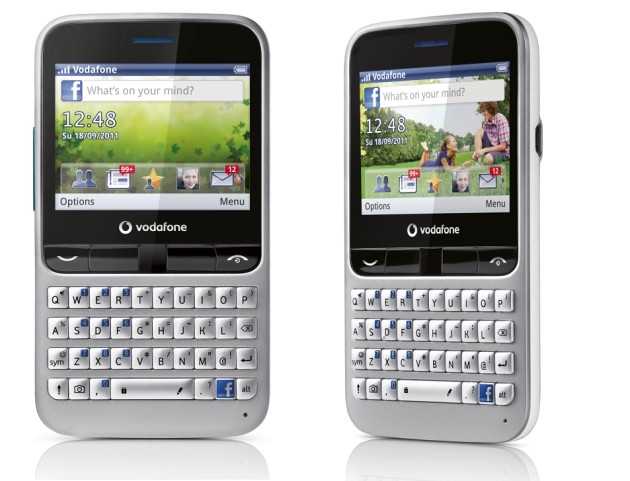 The Vodafone 555 Blue Facebook budget phone will be priced at around Â£60, the price is definitely going to be under Â£100, and will be release in August sometime.

Other Features: You can control multimedia and music by using the side keys, comes with an optical navigation button on the front, Facebook background notifications, integrates contacts and Facebook contacts all in one place, and share Facebook status messages right from the homescreen.

If you visit many other sites they have the video of this mobile phone but it does not play, yes the video has been removed for some reason, well we do have the YouTube video below for your viewing pleasure courtesy of VodafoneMedia.

If you would like to learn more about the Vodafone 555 Blue might we suggest you head on over to Pocket-Lint, they have a very nice hands-on with the mobile phone. They also have a very nice photo gallery that is worth a look, but please be kind enough to leave us here at PhonesReview comments, as we would love to know what you think of this mobile handset.

So will you be buying the Vodafone 555 Blue Facebook budget pre-paid phone? The phone is cheap, not bad looking and very simple to use, it is no smartphone but it is smart if you want a very cheap PAYG handset.