Phones Review Quickie: As most people will know, Apple usually holds their annual iPod event in September and this year’s fall event schedule hasn’t yet been announced, however apparently a Japanese site is claiming that Apple will hold said event on the 7th of September, 8th September Japanese time.

According to the guys over at MacRumors, Japanese site Kodawarisan has come up with the Apple event date, although of course Apple obviously hasn’t confirmed that date yet, but according to the guys the website did pinpoint the launch date of the new Mac Mini back in 2009.

Traditionally Apple has always opted to hold their fall event during the month of September, with last year’s on the 1st, 2009 on the 9th and 2008 on the 9th as well, September the 7th being a Wednesday.

However as Apple forewent unveiling the next generation iPhone back during WWDC 2011 when everyone expected it to happen, this year’s fall event bring most excitement than usual as many believe that Apple will unveil the iPhone 5 during this event.

With Apple suppliers rumoured to be shipping the next iOS smartphone in September, there have been numerous rumours that Apple will finally announce the iPhone 5 during their iPod event, with other rumours stating the iPhone 5 will become available sometime in October.

Having said all that of course, Apple hasn’t put up their hands and said yes we will be unveiling the iPhone 5 or indeed a new lower priced iPhone at their fall event, so basically everything is still just speculation.

So we ask this question of our iOS faithful readership, will you be very disappointed if Apple doesn’t unveil the iPhone 5 at their iPod event? 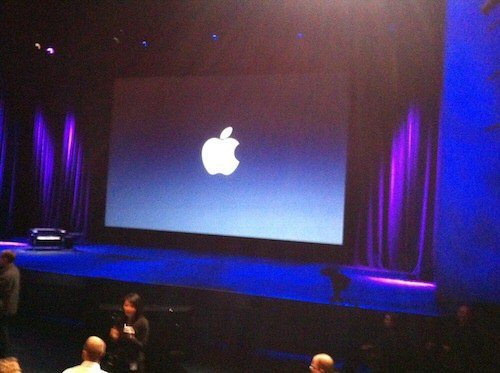