So just when will Nokia take delivery of their first Windows Phone smartphones? Well apparently Nokia Windows Phone devices are being manufactured by Taiwanese firm Compal and the latest word is that Compal will begin delivering Windows Phone handset to Nokia sometime in September.

According to the guys over at Unwired View, the word came via Twitter where @dnystedt tweeted…”Nokia supplier, Compal, to start shipping Windows Phone 7smartphoens to Nokia in September, total 2 million in Q4, Taiwan media say.”

The Unwired View guys believe that Nokia won’t announce or launch their Windows Phone 7 smartphone “earlier than a week before Nokia World,” which is scheduled for the 26th — 27th of October in London UK.

They also state that with Windows Phone devices shipping during September, the devices should start to become available as of the 26th of October or soon thereafter.

As you are probably aware it seems Nokia for good or bad has bunched all their eggs in one basket and placed their future on being very successful with Microsoft’s Windows Phone operating system, again as I have said previously I believe Nokia should have opted to go with Android, but they didn’t, so whether Nokia Windows Phone smartphone will prove to be the saviour of Nokia remains to be seen as only time will tell.

Thus if you are one of the Nokia or Microsoft faithful that has been patiently awaiting the arrival of the first lot of Nokia branded Windows Phone 7 devices it appears you don’t have that much longer to wait, unless unforeseeable delays happen of course.

So are any of our readers hoping to snap up a Nokia Windows Phone once they become available, and if so what attracts you to Nokia and the Windows Phone OS over Android and iOS? We’d love to know so feel free to voice your opinions to our comments area below. 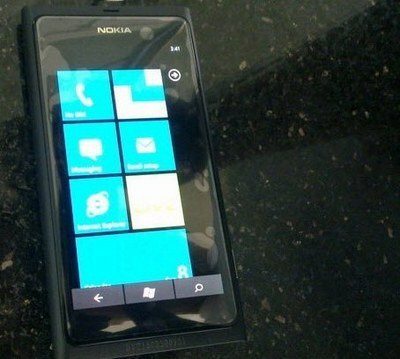