No doubt most of the iOS faithful would crucify me for saying this but the video we have for your viewing consideration below isn’t actually the next generation iPhone but rather a clone of the device, but it was made in a factory in Shenzhen China, and I have to say although it is definitely a clone it’s one very pretty copy, and apparently could be based on the iPhone 5 design.

The video isn’t actually the review of this iPhone 5 clone but rather a promo video and last almost three minutes of showing off the knock off device, but it is thinner and lighter than the iPhone 4, and the speculation is could this be the design of the new lower entry iPhone?

In their review the guys say this iPhone 5 clone reminds they of the iPhone 3G and iPhone 3GS with a slight curve, chrome bezel and plastic look, but features a “tapered edge design” which were show in the purported iPhone 5 case leak.

However they come to the conclusion, which no doubt was expected, although this iPhone 5 clone does look pretty, it doesn’t feel nice when you hold it, the front isn’t glass but rather plastic that will crack if you happen to sit on it.

However it is just a clone and as they say you get what you pay for, but the big question with this one is, could Jesus Diaz be right in his assumption that this iPhone clone sports the design of the next iPhone whether that be the iPhone 5 or a lower entry iOS smartphone?

Jesus Diaz has already bet he is right and if wrong will undergo the excruciating torment of having his entire body waxed, but could he be right?

Well we’d love to know what your thoughts are so head on down, mash that play button and check out the footage, and you can check out that full review of the device by hitting up Micgadgets website, but do feel free to let us know your thought on whether this iPhone 5 clone could possible sport a close copy of the design of the next iPhone by posting to our comments area below. 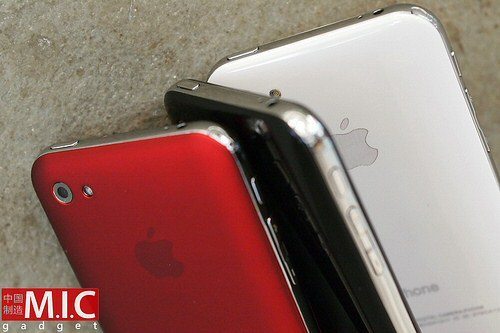