The Asus Eee Pad Transformer has been quite a success for Asus in the tablet arena and no doubt they are hoping the Asus Eee Pad Slider tablet will also be a great success, and the company has now grace the tablet with its very own web page.

According to the guys over on Android Community by way of Netbook Italia, the Android 3.1 Honeycomb slate is expected to hit numerous countries sometime in September, and there are two Slider tablets, one 16GB and the other 32GB but both sport identical features.

The unique thing about the Asus Eee Pad Slider of course it the ability to tilt the display to slide out the physical keyboard, meaning that if you prefer physical keyboard use with your tablet you don’t have to carry around a separate one.

Although the posting of the Asus Eeep Pad Slider official web page doesn’t actually delivering anything new it does include the official specifications so brings a little confirmation to the device. As for pricing according to the guys the 16GB slate will set you back $400, â‚¬479 while the 32GB version will cost $550, â‚¬599 once they become available of course.

So any of our readers have a hankering to snap up the Asus Eee Pad Slider when it becomes available, or do you have your eye on another Android slate? 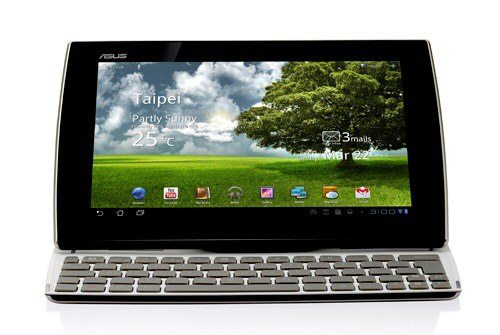