You may or may not be aware that HTC in their infinite wisdom have taken to making smartphones that are supposed to be suited to a specific gender, in this case the HTC Bliss, which is supposed to be a female friendly device just for the ladies, and up until now we haven’t seen a clear image of the HTC Bliss, but now that has changed.

The guys over at Pocket Now have come up with a couple of pictures of the HTC Bliss captured in the wild, albeit those pictures not offering a great deal of insight into the Android smartphone.

As for specs on the HTC Bliss although nothing has really been confirmed, the word is the Bliss will sport the Android 2.3.4 Gingerbread operating system, HTC Sense 3.5 UI, have an 800MHz single core processor, will come in a shade of green with a “soft-touch” rubber casing, and sport shopping and calorie counting orientated applications.

There is also word that the HTC Bliss will have an accessory called a charm indicator, a cubed box with a hook to attach to a girl’s purse that lights up when the user misses a message or call, and apparently is attacked to the HTC Bliss via a cable.

As for just when the HTC Bliss will come out to play for the ladies, well there’s no hard and fast release date been given or just how much the mid-range Android handset will cost, but word it the device is expected to release before the holidays and is destined to play nice on the Verizon network.

Not too sure either if the HTC Bliss will eventually be released in other countries that the United States but if HTC is targeting the fairer sex with this one then my guess is they will push it out in as many markets as possible.

So do any of our female readers out there expect to pick up the HTC Bliss once it’s become available, or would you prefer the smartphone was more of a high-end device and thus will give it a miss? 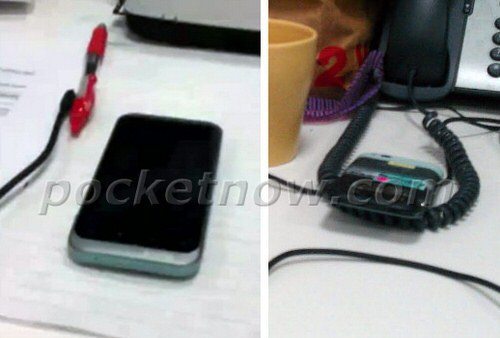