It appears that China will soon have a new Android smartphone on their hands called the Xiaomi phone that is based on the MI UI and runs on a Qualcomm 1.5 GHz dual core processor, and we have a little hands-on video footage with the Xaiomi phone prototype for your viewing consideration below.

The Xiaomi phone prototype hands-on footage comes our way courtesy of the guys over at Engadget who managed to get some along time with the Android smartphone and delivered this video lasting almost three minutes.

Spec wise the Xiaomi phone offers a 4-inch LCD touch screen made by Sharp, 3 touch sensitive buttons below the display, 8 megapixel camera with LED light, 1GB RAM and 4GB ROM, GPS, and a rather large 1930mAh battery that promises two days of usage and a 3.5mm jack.

The Xiaomi phone features what they call a “Mi key,” which is apparently a customisable key for launching the camera app, getting back to the home screen, or to launch Weibo, the Chinese Twitter of course.

The device runs the Mi UI which apparently is an enhancement based on Android 2.3.5, although the handset in the video runs Android 2.3.4 Gingerbread. The Xiaomi measures 125 x 63 x 11.9mm and weighs in at 149 grams, so not the slimmest or lightest of smartphones.

Anyway for those that may be interested in this new Android smartphone, head on down and check out the hands-on footage and feel free to let us know your opinions on the handset…enjoy. 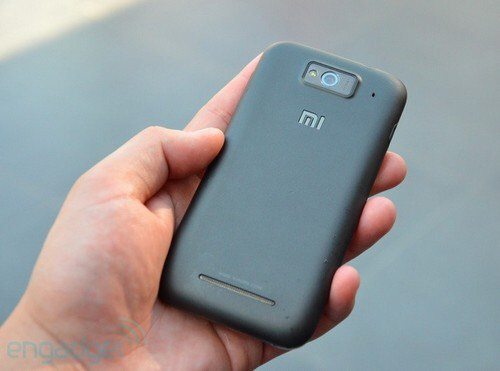