Dr Who Comes To Android Via Game App

If you are a fan of Doctor Who and one of the Android faithful you can now get your Doctor Who and Amy Pond gaming fix via a new Android app called Dr. Who – The Mazes of Time released by the BBC that has the last of the Time Lords and sidekick Amy Pond battling one of the doctor’s worst enemies, the Daleks.

The Dr. Who – The Mazes of Time app for Android has the user playing as the doctor or as Amy Pond in this puzzle game trying to rescue a family that is attacked by a rogue Dalek and back through history. As you chosen character you follow the family through time and space.

The Dr. Who – The Mazes of Time game take the user to such places as the ancient Incan temples, the frozen tombs of Telos and even a finale on a Dalek mother ship, and of course there is the doctor’s trusty sonic screwdriver available to help out.

As the user makes their way through the levels of Dr. Who – The Mazes of Time they need to solve puzzles and defeat enemies along the way to restore peace across time. 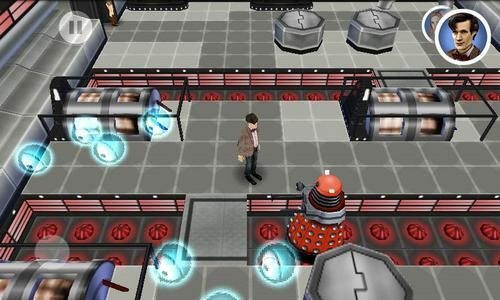 The Dr. Who – The Mazes of Time for Android devices features 7 unique locations, in excess of 100 challenging levels, increasingly complex environmental challenges to challenge your mind and reflexes, the ability to use different strategies of stealth and subterfuge to complete levels and defeat such enemies at Daleks, Cybermen and Silurians.

There’s also authentic music from Dr. Who, and the first set of levels in the mobile game are free and further level packs are available to purchase and download with each pack unlocking new monsters, new challenges, and new sets of levels.

The Dr. Who – The Mazes of Time app for Android devices running Android 2.1 or above is available to download as a free app from the Android Market.

Being a Dr. Who fan obviously I just had to download the game to my Samsung Galaxy S, and spending just a couple of minutes with the game it seems quite challenging, the only thing I found a bit of pain is that when opting to be the doc and moving onto another level, you have to go back and get Amy as she doesn’t follow automatically. 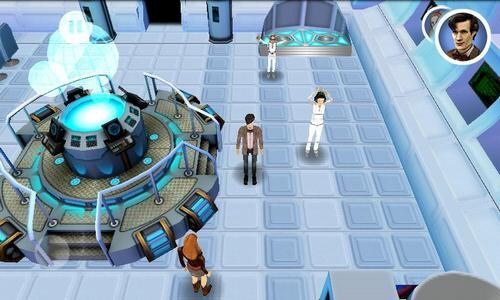 One thought on “Dr Who Comes To Android Via Game App”