According to the guys over at Softpedia, a leaked MAP’D devices list the Motorola Droid Bionic now has a shelf date of the 8th of September, whereas the previous report was the Droid Bionic could see release on the 26th of August.

The leaked document also slaps a price tag on the much sought after Bionic claiming the handset will be offered for $299.99 based on putting your moniker to a two-year term with Verizon of course, so it looks like the hopes of the Droid Bionic hitting that magical 249 buck mark is out of the windows.

The previous article also had the off contract price for the Droid Bionic as possibly $587, again this price appears to have been a tad on the low side as the guys over at Droid-life have now confirmed the full retail price for the Motorola Droid Bionic will actually hit your pocket for a couple of bucks more at $589.99.

Of course this new release date and pricing hasn’t been confirmed by the Big Red or Motorola and so remain floating in the pool of rumour until otherwise confirmed, which means all could change before we actually finally see the Droid Bionic come out to play.

Many have patiently held on for the arrival of the Droid Bionic, and no doubt some have opted to move on to another smartphone, but if you are still waiting, does that 590 buck off contract price make you think twice about waiting any longer or are you quite happy to pay whatever it takes to get the device into your hands?

After all you have waited and waited, and waited and still have a little wait to go, so feel free to share your opinions to our comments area below. 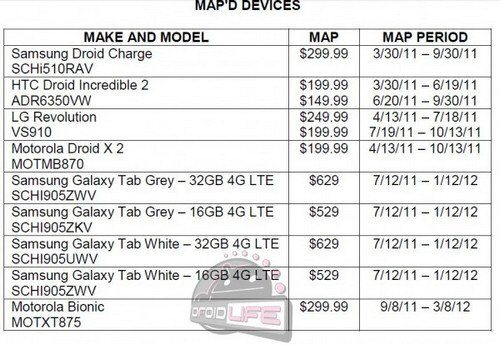 7 thoughts on “Droid Bionic Another Release Date And Price”