Apparently any of the iOS faithful that may have wanted to download the Financial Time app to their iPhone or Apple iPad will from now on be out of luck because the FT iOS app for Apple gear has now been removed from the App Store, whether the FT pulled the app or Apple seems to be unclear.

The rules for subscriptions with apps in iTunes means Apple gets to rake off 30 percent of the monthly fees, and the Financial Times isn’t too happy about that, so hasn’t complied with Apple’s requests, which results in the app no longer being available.

However, the Financial Times does have a way of iPhone and Apple iPad users still being able to subscribe to view their content on their Apple device, and that is by way of a web based HTML app, which of course means the FT doesn’t have to hand over 30 percent of their monthly fees to Apple.

Personally I say, good for the Financial Times as they have made a stand against Apple’s greed for even more profits, and I’m sure those that subscribe to the FT on their iOS device will use the web based app in future.

Although Paid Content does say the removal of the app is “a blow to the FT,” as apparently 10 percent of digital subscriptions came via iPad users last year, and it means the FT will need to promote their web-based app much more vigorously.

So what do our reader think about this move, were the FT right to refuse Apple that 30 percent cut, or do you feel Apple taking a slice out of your app profits is fine? 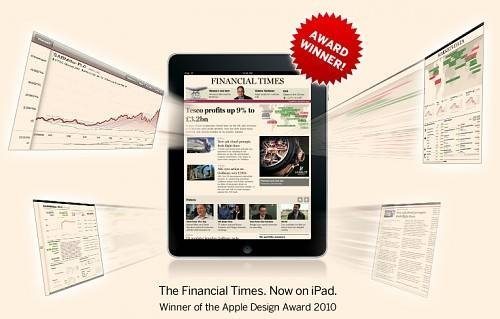