As the Droid faithful will be aware in the past @DroidLanding have run scavenger hunts and giveaways for reach launch of a Droid smartphone including the Samsung Droid Charge, Motorola Droid X and Motorola Droid X2.

The scavenger hunt for the Droid Bionic is called Arena, standing for Augmented Reality scavenger hunt where the contestant uses their Android handset and use an augmented reality app to track down the whereabouts of a Motorola Droid Bionic.

The scavenger hunt will run until the 7th of September, which seems to indicate that the aforementioned September the 8th release date could well be spot on, and the DroidDoes.com page has posted the first video of clues, which we have for your viewing consideration below just in case you are one of the faithful that wish to take part.

Furthermore the article says that an official Verizon Droid Bionic product page will be going live soon, but at the moment remains blank.

So it does look like the Motorola Droid Bionic will be seeing release quite soon, but the big question is does the Droid Bionic still command as much attraction with the public as it first did, or have people lost interest in the Bionic due to its continuing delays? 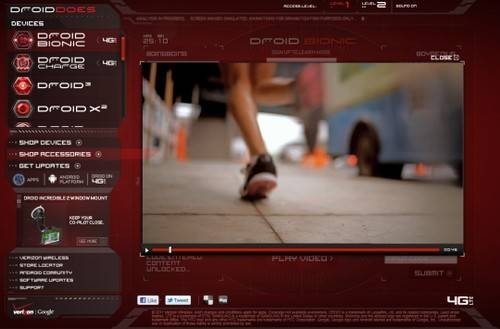