Phones Review Quickie: A few days back the first Windows Phone Mango smartphone from HTC was spotted called the HTC Omega, with the possibility of the device ending up being known as the HTC Eternity, and it appears that this is the case as the HTC Eternity has now turned up at the Federal Communications Commission (FCC).

According to an article over on Slash Gear by way of Wireless Goodness, who say that the HTC Eternity, HTC’s first Windows Phone Mango smartphone is now at the FCC as the “PI39110.”

Currently details on the Windows Phone device are somewhat scarce, although according to the FCC filing the handset has gained approval for GSM 850/1900 bands but there isn’t any word on WCDMA bands.

As for specifications that have been bandied about concerning the HTC Eternity, the rumours are the handset will pack a 4.5/4.7-inch touch screen, an 8 megapixel camera, a 1.3 megapixel front facing camera, a 1.5 GHz processor, a 1650mAh battery and 16GB storage.

Apparently measurement wise the Windows Phone Mango HTC Eternity is said to be 130.6 x 70.63 x 9.9mm with a weight of 170 grams, but again that is unconfirmed rumour.

Obviously there is no word on when the mobile space is likely to see the HTC Eternity come out to play or what the device will cost or even which carriers will offer the handset, but as soon as more details surface we will of course pass it along.

Any of our readership interested in the first Windows Phone Mango HTC Eternity smartphone and hope to pick it up once it releases, or is it way too early to make that call? 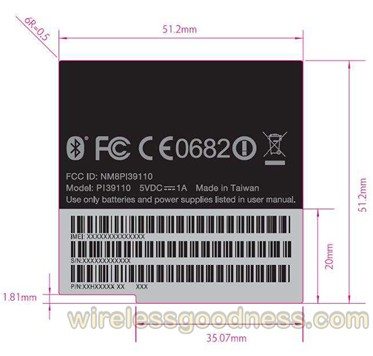