A few days ago HTC announced the Windows Phone Mango packing HTC Titan and HTC Radar handsets, and we even posted a hands-on video for your viewing pleasure, and now it appears that potential customers over here in the United Kingdom can now place a pre-order for both Windows Phone devices.

Both the HTC Titan and HTC Radar are expected to release in Europe sometime in October, and according to the guys over at Unwired View, Amazon UK now has both Mango smartphones available for pre-order with a release date of October the 15th tagged to each device.

Price wise the HTC Titan commands a price tag of Â£489.99 while the HTC Radar will hit your pocket for Â£349.99 both with free delivery in the UK, although it does state that that release date of the 15th is subject to change.

So are any of our Brit readers thinking about jumping aboard the Windows Phone Mango train and placing a pre-order for either the HTC Titan or HTC Radar? If so feel free to let us know which device you are opting for by posting us a comment below. 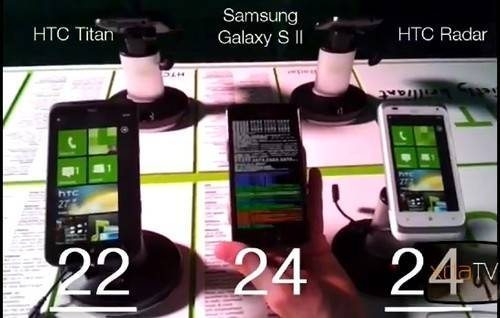