Although everyone at Apple takes the loss of the next generation iPhone, not everyone is so concerned over the loss that kind of mimicked a year ago when the same thing happened with the iPhone 4, albeit Apple managing to get that particular prototype back.

There are those that find the missing iPhone 5 prototype funny, and let’s face it losing yet another iOS Prototype in the same manner as before is somewhat stupid to say the least. One such person that isn’t so serious is over the iPhone 5 loss is Conan O’Brian.

Thus we have for your viewing consideration below a mickey-take video of the missing iPhone 5 according to Conan, which comes our way courtesy of the guys over at 9to5 Mac and by way of the Team Coco YouTube page.

The parody video is called Apple wants it’s lost iPhone 5, and lasts a minute and a half of treats of torture to the person who took the prototype, including the redefining of the world of genital torture, use flesh eating fire ants and post the results on iCloud, and injecting a digital form of the Ebola virus into the eyes of the perpetrator.

The footage ends with the words…”You have no idea who you are messing with,” which seems kind of appropriate considering the confusion over whether Apple investigators posed as San Francisco police when they went to Bernal Heights to recover the missing iOS smartphone and has led to the SFPD mounting an internal investigation of the matter.

Having said that, I’m sure Apple wouldn’t stoop to threats of genital torture to get their missing iPhone 5 prototype back…or would they?

Anyway, if you feel like taking a light-hearted look at the missing iPhone 5 prototype story head on down and mash that play button…enjoy. 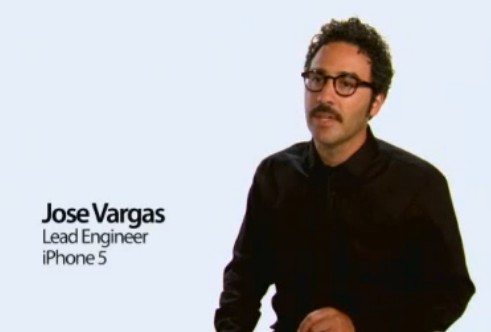