Nexus Prime To Be Part Of Samsung Galaxy Line?

As you are no doubt aware, the first smartphone to sport the newest Android operating system, Android Ice Cream Sandwich is expected to be the Samsung made Google Nexus Prime, and apparently the support page for the Nexus Prime has now gone live and doesn’t really offer much detail on the new Android handset, along with a possible name change.

According to an article over on Android Community, by way of GSMarena, old Sammy has put up a rather bland support page for the Samsung GT-I9250, which is rumoured to be the Nexus Prime.

According to the article a tipster has said that the Nexus Prime will have a 4.65-inch HD screen rather than a 4.5-inch, and will apparently be a curved display like that found on the Samsung Nexus S smartphone, will have a metal body and come in at 8.8mm thick.

However, it would also appear that the Nexus Prime might see a name change that would basically put it in Samsung Galaxy line as the tipster says, “the final name of the next Google flagship is Samsung Galaxy Nexus rather than Nexus Prime.”

Of course this comes from an unnamed source so as usual is pure rumour and no confirmation as such has been offered, but if true it looks like the Nexus Prime may lose that “Prime” handle in favour of “Galaxy.”

So what do our readers think about this possible name change, would you rather see the Android Ice Cream sandwich device come out to play as the Nexus Prime or as the Samsung Galaxy Nexus, or aren’t you bothered what the handset is called as long as it surfaces? 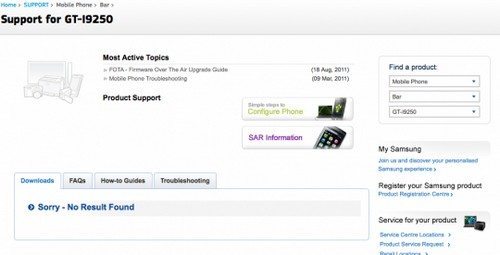 4 thoughts on “Nexus Prime To Be Part Of Samsung Galaxy Line?”