If you are sitting on the fence over in the good old US of A pondering on whether to snap up the first Samsung Galaxy S II smartphone to become available in the States, namely the Samsung Epic 4G Touch for Sprint, perhaps a nice hardware tour video may help you make up your mind as to whether you want the Android smartphone.

So that’s exactly what we have for your viewing consideration below, a Sprint Samsung Galaxy S II Epic 4G Touch hardware tour video that comes our way courtesy of the guys over at Pocket Now and delivers almost eight minutes of checking out the Android 2.3 Gingerbread handset.

The guys do say that the design of the Samsung Epic 4G Touch does make the device feel “really, really nice in the hand,” and although features a microSD slot doesn’t come with an SD card supplied, but the device is really snappy and the camera are outstanding, and you’ll also be treated to a side-by-side comparison with the original Samsung Epic 4G.

So with all that said, I’ll leave it right there as not to spoil you viewing enjoyment and let you head on down to mash that play button and get to know the Sprint Samsung Galaxy S II Epic 4G Touch a little better…enjoy. 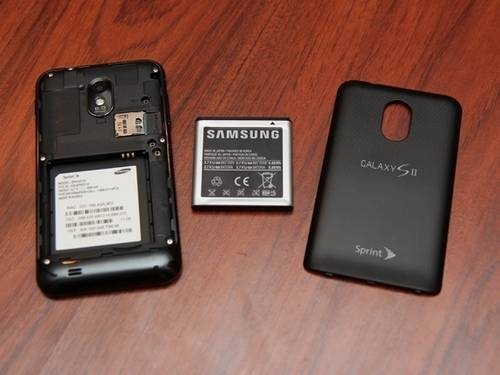