iPhone 5: Yet Another Case Suggests Larger and Thinner Design

It’s not unusual for a high profile smartphone expected release to see numerous cases for such as device hit the net before that device is unveiled, and obviously this is the case when it comes to Apple’s next darling smartphone the iPhone 5, and one could say that case makers wouldn’t jump blindly into manufacturing for the iOS smartphone without some prior knowledge as to its design.

We’ve already see a few iPhone 5 cases, most recently from Case-Mate, and now another has surfaced according to the guys over at Ubergizmo by way of Cult of Mac, and again suggests that the iPhone 5 may have a larger display that the current iPhone 4.

Apparently the photos of the new iPhone 5 case comes from an “undisclosed source” by a user on GDGT, with one image (below) showing the iPhone 4 sitting inside the iPhone 5 case.

Judging but this new case, the guys say that the iPhone 5 looks to have a “significantly larger display” than its predecessor, along with a “thinner and tapered design.”

Of course without Apple letting on just what the iPhone 5 will look like on release, these iPhone 5 cases could be off the mark, but one does have to consider, would accessory makers waste time and cash on producing these cases without a hint of what the iPhone 5 looks like?

However, as usual with all things Apple, at the moment details on the iPhone 5 that come from supposed cases should be taken with the usual handful of salt. 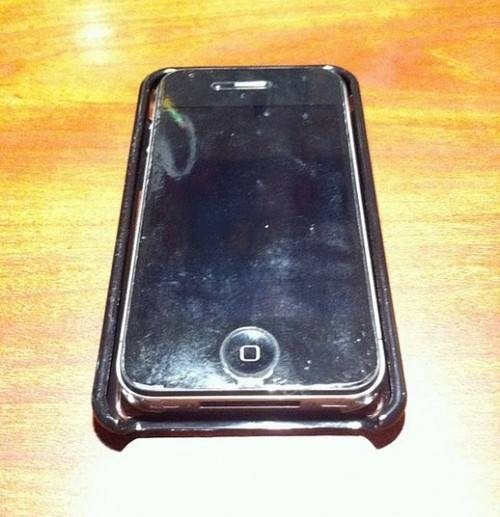 One thought on “iPhone 5: Yet Another Case Suggests Larger and Thinner Design”