It’s a battle of the Sprint Android smartphones today were the latest Samsung Galaxy S II on Sprint the Samsung Epic 4G Touch takes on the Motorola Photon 4G in a comparison fight over two videos, and of course we have those videos for your viewing pleasure below, but which will come out tops?

The Samsung Epic 4G Touch versus the Motorola Photon 4G comparison battle footage comes our way courtesy of Aaron Baker over at Phone Dog, and combined the footage delivers twenty-five minutes of checking out both Android 2.3 Gingerbread handsets.

However, can the might of the Motorola Photon 4G, which was Sprint’s top Android device until the Samsung Epic 4G Touch came along, stand up to the Sprint version of the Galaxy S II and which one is the best for you?

Well as always I’ll leave you to head on down and mash those play buttons to check out the comparison fight to see if you agree with Aaron’s appraisal and let you decide which handset comes out the winner…enjoy. 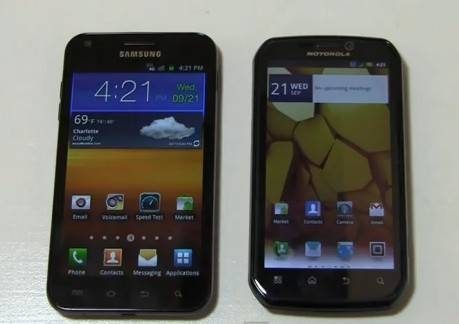