Well now what do we have here, why it an over view video of an as yet unannounced Android smartphone on the Sprint Direct Connect service, the new Motorola Admiral, a handset that there up until now wasn’t much detail on, but for some reason Sprint decided to out the device via YouTube.

The Motorola Admiral overview video that can be viewed below, comes our way courtesy of the guys over at Engadget and by way of Androidguys, and delivers just over two and a half minutes of showing off the Motorola Admiral.

Unfortunately the video footage doesn’t actually deliver on any real specifications for the Motorola Admiral other than we learn that the handset will sport a 3.1-inch touch screen along with a full physical QWERTY keyboard, and a 5 megapixel camera with flash, HD video, but other than that no word on such specs as processor, or memory or anything else.

The Motorola Admiral also has integrated social networking for connecting with the likes of Facebook and Twitter, and of course access to the multitude of apps on the Android Market, along with all the Google services associated with an Android device.

As Sprint has seen fit to post the Motorola Admiral overview video to YouTube, it shouldn’t be too long until they get round to officially announcing the device and perhaps then we’ll be treated to more specs, until then head on down and mash the play button to check out this first sighting of the Motorola Admiral…enjoy. 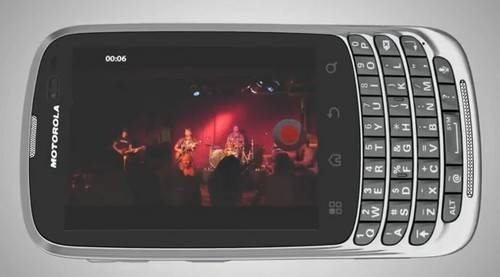