The new Ice Cream Sandwich Android operating system, has found its way onto the Nexus S smartphone. Below you will see a two-minute video showing it off a little bit.

The video tour below courtesy of Engadget comes via an eBay shopper, the new Android ICS operating system has been said to be releasing within the next month or so. The Samsung Mobile Unpacked 2011 “Google Episode” starts October 11th and our guess is that the new operating system will be unveiled.

Below you can watch the video as well as look at a couple of screenshots, some lucky eBay shopper purchased the Samsung Nexus S and noticed it was running Ice Cream Sandwich Android operating system.

There is a new Google Apps icon, that once pressed opens a tray that features many featured services by Google, if the home button is pressed for a long period it will open a vertical Honeycomb-style multitasking menu. There are many other new features such as camera UI, notification bar and other menus with a new look. 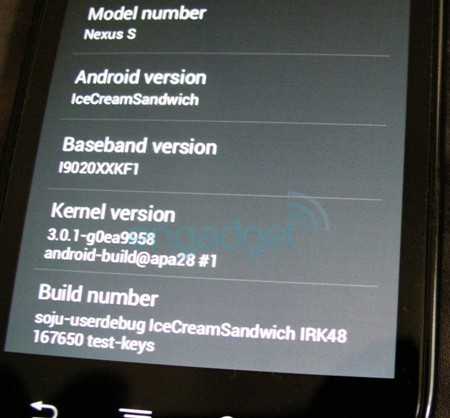 Is this the real deal, or is it just a case of a custom ROM built to look like the next Google pudding?

Please do check out the screen shots and the 2-minute video below, we would love for you to post your comments on what you think about all this.

It is a good start, we will let you know lot’s more about the new operating system by Google as soon as we know more, stay with us because this is going to be epic. 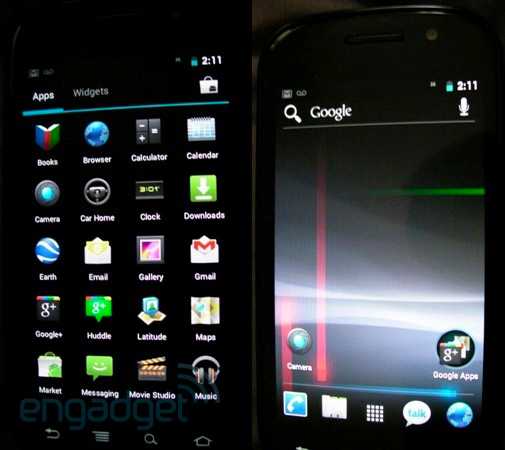