Anyway according to the guys over at iDownload Blog if you are a member of the press you can get to watch the Apple event by going to the Apple store in Covent Garden London UK, which has been transformed into a live streaming hall.

Apple wont be streaming the event to the public but the Convent Garden store will have a private video feed for press members only from across the pond and presumably UK press as well.

The Apple event kicks off at 6pm UK time and the feed will be shot over to Covent Garden via satellite from the Apple campus in Cupertino California, and apparently there will be demo units on hand at the Covent Garden venue as well for apparently viewing after the event.

Does this seem somewhat strange to you that this time round Apple isn’t allowing live streaming of an iPhone event? Perhaps the iOS faithful are expecting too much and Apple has decided not to lay the bad news on them themselves but rather allow the press to do so after the event.

Either way, whether the blogshphere goes crazy during the event or after we’ll find out soon enough just what Apple is offering its loyal fan base, but just be prepared for a little disappointment if Apple doesn’t deliver what is expected. 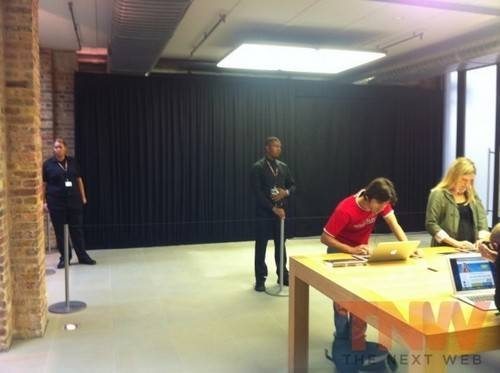