Apparently GameStop has wanted to get in on the tablet arena this year with some apparently thinking GameStop would deliver their own Android slate, however that isn’t the case quite yet, but GameStop has stepped into the tablet space by offering a range of tablets via their retail stores and online.

However according to an article over on Tablet Planet, GameStop is going a little further by offering special gamer bundles on three Android Honeycomb tablets they have available for purchase.

The wireless game controller included in the offering connects via Bluetooth, and the keys layout is similar to take of the Sony PlayStation DualShock controller whilst the games included for the Android Honeycomb slates are…Sonic CD, Monster Madness, Dead Space, Riptide GP, Cordy, Kongregate Arcade App and Re-Load.

The three Android Honeycomb slates graced with the wireless game controller and games bundle are the Asus Eee Pad Transformer, Acer Iconia Tab A100 and the Samsung Galaxy Tab 10.1.

Pricing on the Android Honeycomb slates with GameStop are, the Iconia Tab A100 costs $369.98 while the Eee Pad Transformer costs $439.98 and the Galaxy Tab 10.1 for $539.98 all include the seven games and wireless controller bundle and are available from the GameStop website. 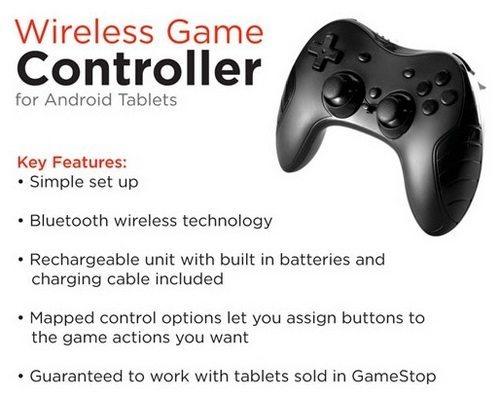