A new photo has been revealed online of the mystery Sony Ericsson Xperia Nozomi LT26i, and a few details about the specs are also out in the open. Apparently if sources are correct, this smartphone is expected to come with a 1280 x 720 panel.

The photo shown below is a good one; they are normally very blurry when you get mystery mobile phones pop up. The upcoming Sony Ericsson Xperia Nozomi will be released with Android 2.3 Gingerbread operating system as well as a 4.3-inch touchscreen display.

The Sony Ericsson mobile phone is expected to come will a Armv7 rev4 dual-core 1.5GHz chip, 691Mb RAM, 320 Dpi, as soon as we know more about this model we will let you know.

In the meantime, please do let us know what you think of the Sony Ericsson Xperia Nozomi LT26i, with the information you know so far. 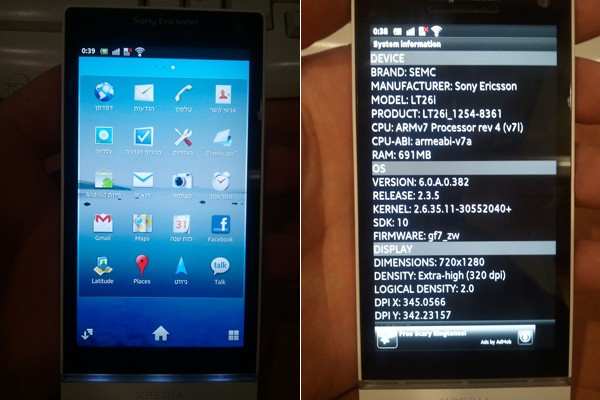