As you probably know old Microsoft has taken a hard and fast line with the hardware requirements for a smartphone to carry the Windows Phone operating system, however apparently that has now changed with Microsoft relaxing those requirements somewhat to enable cheaper Windows Phone devices to come out to play.

According to an article over on Slash Gear by way of WP Central, Microsoft altered the hardware requirements for the Windows Phone platform back on the 23rd of September, and as a result of the alterations Windows Phone devices no longer require a front facing camera, or in fact any camera at all, no gyroscope and no compass.

However we should already know these alterations are in place already as the Nokia Lumia 800 lacks that front facing camera and gyroscope and the HTC Radar doesn’t sport a gyroscope or compass either, but the alterations should make way for cheaper Windows Phone handsets, which Nokia wishes to deliver at some point in the future.

There are also a few optional hardware requirements such as a rear facing camera, front facing camera, gyroscope and compass, which basically means if you wish to make a cheaper Windows Phone device you can leave any or all of these out. 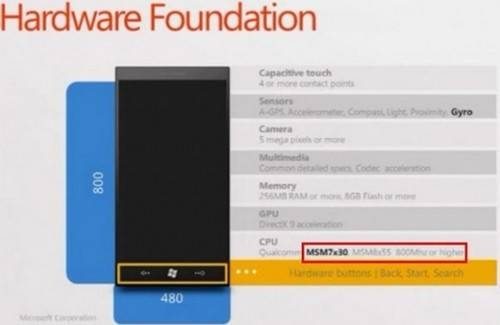