If you have been pondering on whether to snap up the new HTC Rezound smartphone from the Big Red, which it has been rumoured to release on the 14th of the month, but simply can’t make up your mind, perhaps a little hands-on video footage might sway you one way or the other, and thus that’s what we have for your consideration below.

The HTC Rezound hands-on video comes our way courtesy of the guys over at Slash Gear who take the Android 2.3 Gingerbread Beat Audio smartphone though its paces in this almost eleven minutes of footage.

The guys do say that the HTC Rezound being some 13.65mm thick wont easily sit in the pocket, and the rather hefty price tag of 300 bucks wont sit well with the wallet either, but they do say that the 720p HD resolution on the handset’s 4.3-inch HS Super LCD display makes for higher density than the iPhone 4S.

They also say that the Rezound is a very competitive handset if you are prepared to look past the fact that it will be a Gingerbread device rather than an Android Ice Cream Sandwich smartphone at outset, but the device will see an update to ICS eventually.

Anyway, if you are sting on the fence over the HTC Rezound, head on down and mash that play button to check out the hands-on and feel free to let us know if the HTC Rezound impresses you enough to want to own it by dropping us a comment below…enjoy. 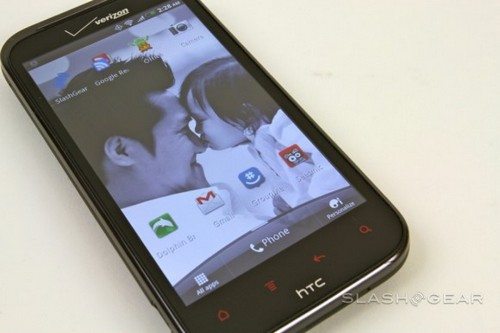